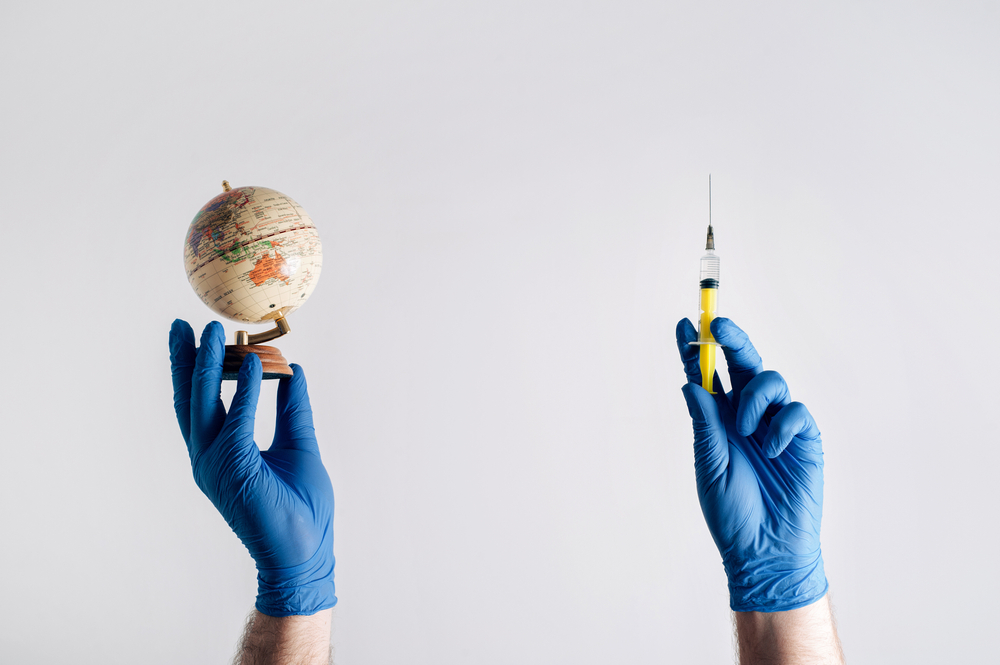 The spread of COVID-19 is illuminating—all at once and in dramatic fashion—global challenges to the space for news, information, and public debate, with direct relevance for societies around the world.

As one example, fear seized the small eastern Ukrainian town of Novi Sanzhary in mid-February when rumors circulating on the messaging app Viber warned that Ukrainian citizens evacuated from China and infected with COVID-19 were being bused to a local medical facility. An email claiming to be from the Health Ministry seemed to confirm their worst fears that the coronavirus was coming to town. As Buzzfeed reported, local citizens took to social media to express their concerns, causing the rumor to spread. With emotions heightened by what they read online, angry citizens determined to prevent the evacuees’ arrival seized the town square, erected barricades, set fires, and threw stones. Over two days, nine police officers were injured, and twenty-four people were arrested.

However, none of the evacuees were infected—all had tested negative for the virus before embarking for Novi Sanzhary. The Health Ministry denounced the email as inauthentic and described it as an “information attack,” potentially by a hostile foreign actor. In an environment marked by low public trust, and in the absence of communication from the central government, rumors and speculation reigned. This example from Ukraine demonstrates that a low-integrity information ecosystem is a weak point easily struck, and that strengthening it is a security imperative.

Ukraine is not the only country struggling with misleading information about the pandemic. The International Fact-Checking Network, comprised of partners in more than seventy countries working in over forty languages, cataloged more than four thousand fact-checked stories of false or misleading social media content from January to April 2020.

Changes, including the promotion of accurate information from official sources, have not been enough to stem the tide of bad information: conspiracy theories, scams, and other forms of misleading content continue to flow, especially outside of the English language.

Faced with a global storm of mis- and disinformation, digital communications platforms are reacting in new and more forceful ways. Unlike removing disinformation around elections, moderating public health content during a related crisis risks less blowback from governments and other political actors, meaning platforms are more free to take dramatic steps—even as the pandemic forces them to cut back in areas like human moderation of content. But changes, including the promotion of accurate information from official sources, have not been enough to stem the tide of bad information: conspiracy theories, scams, and other forms of misleading content continue to flow, especially outside of the English language.

Adding to the challenge are state actors aiming to manipulate online and offline public conversation. Officials and state media outlets in authoritarian states such as Russia, China, and Iran have all blamed the United States (as well as Israel, the United Kingdom, and Latvia) for creating and spreading the virus. In doing so, one high-ranking Chinese official cited a well-known clearinghouse for conspiracy theories and Russian disinformation. After early information suppression and attempts to silence local whistleblowers in Wuhan, China allowed the outbreak to spread internationally, Beijing has worked hard to promote the idea that autocracies are more effective at containing the virus than open societies (despite evidence to the contrary).

Authoritarian efforts to shape public understanding have perhaps been aided in by a tendency in many democracies to focus on domestic or local news angles. To a degree, this introspection is understandable: it is natural to be more immediately concerned with shortcomings in domestic responses and local sources of disinformation than with foreign affairs and long-term global trends.

However, this impulse allows authoritarian powers to evade accountability for their failures and helps their efforts to weaken the case for democracy worldwide. In open societies, media outlets must be careful not to frame this debate according to the terms of authoritarian actors, whose domestic media restrictions already seek to control public understanding.

In open societies, media outlets must be careful not to frame this debate according to the terms of authoritarian actors, whose domestic media restrictions already seek to control public understanding.

One obvious lesson of this pandemic is that globalization has made the international context deeply relevant to the local one. Technology is bringing the world together—not just through teleconferencing and remote meetings but through platforms that mediate transnational speech, sometimes carrying the policies and sensibilities of governments with them across borders. While new technologies can provide significant benefits, they can also enable lies, whether whispered or shouted, to echo across the world more quickly and effectively than before.

A virus without respect for borders has forced the world’s people to simultaneously reckon with threats to government accountability, press freedom, and the vitality of public discourse. Societies cannot understand these trends solely through the narrow lens of their own local political contexts. Doing so would mean failing to engage in important debates about democracy and the broader information space—which will surely have implications for future pandemics and other transnational crises to come.

Dean Jackson is a program officer for the National Endowment for Democracy’s International Forum for Democratic Studies, where he works on issues relating to disinformation, media, and technology. Follow him on Twitter @DWJ88.