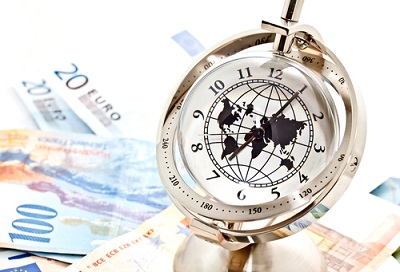 In the 1960s and 1970s, scholars studying postcolonial states began increasingly to focus on corruption as an impediment to prosperity. Stanislav Andreski, a Polish-born academic who founded the sociology department at England’s Reading University, drew on his knowledge of his homeland to compare the “socialist handshake” (the paying of a bribe) to corrupt practices in countries such as Nigeria. The difference, he said, is that “nobody can become a millionaire by accumulating the proceeds of graft” in a communist country.  The countries of the then-Soviet bloc were corrupt, but what was happening in the ex-colonies was something so much larger and more pervasive, that he thought it needed a new term. He called it “kleptocracy.”

This kleptocracy was something new. Some fresh impetus was driving corruption in the ex-colonies, allowing officials to steal more than ever before. This volume of money could not be hidden under a mattress or passed from palm to palm during a handshake. Processing such large sums required banks willing to accept the money without asking questions and a way for politicians to draw on their illicit funds to purchase luxuries.

What these scholars were witnessing was what happened when a modern financial system, driven by innovative communications technology, was unleashed on countries without developed legal systems or robust institutions. Kleptocracy, the supercharged form of corruption that Andreski identified in 1968, is the dark side of globalization. Offshore finance is what made it possible.

What these scholars were witnessing was what happened when a modern financial system, driven by innovative communications technology, was unleashed on countries without developed legal systems or robust institutions.

The Origin of Offshore Finance

The Allied Powers blamed many things for World War II, and one of them was hot money. Economists thought unrestricted capital flows had undermined national economies in the 1920s and 30s, spreading misery, populism, and—eventually—war. They gathered at the Bretton Woods resort in New Hampshire in 1944 to find a way to stop this from happening again. The system they created locked speculative capital behind national borders, and tied currencies to the US dollar, which was tied to gold. It gave birth to the International Monetary Fund and the World Bank. It created an era of prosperity and stability that was unprecedented before and since unrivaled. This post tells the story of how that system fell apart, leading to the rise of modern, transnational kleptocracy.

Kleptocracy is inherently multi-jurisdictional. To hide stolen loot, kleptocrats must move it across borders, and obscure it behind corporate structures that make it look legitimate. Kleptocracy is a side effect of globalization that the capital controls agreed to at Bretton Woods made impossible. If you could not seamlessly shift money around the world, you could not hide your ownership of it—or enjoy its use—and that irritated some people.

In addition to would-be kleptocrats, Bretton Woods affected bankers in the City of London, who were reduced to serving an ailing UK economy after the war, rather than hustling for business anywhere they wished. One particular banker, Siegmund Warburg, was not prepared to put up with this. He wanted to conduct big, international deals again, to underwrite bond issues, and he thought he knew where he could find the money that would let him do so: Switzerland, where tax dodgers, dictators, and refugees had been stashing their cash for decades. At the time, their money just sat there, not doing much, and he wanted to put it to work. He took two of his best men and, in October 1962, told them to get it done.

Ian Fraser, a Scottish war hero turned journalist turned banker, took the lead in Warburg’s issue of what became known as “Eurobonds.” He and his colleague Peter Spira had to find ways to defang the taxes and controls designed to prevent hot money from flowing across borders. It only took them six months, but it required remarkable persistence.

If the bonds had been issued in Britain, a four percent tax would have been levied, so Fraser formally issued them at Schiphol airport in the Netherlands. If the interest were paid in Britain, it would have been subject to another tax, so Fraser arranged for it to be paid in Luxembourg. He persuaded the London Stock Exchange to list the bonds, even though they were not issued or redeemed in Britain, and he talked around the central banks of Britain, Denmark, France, the Netherlands, and Sweden. The final trick, circumventing yet another tax, was to pretend the borrower was Autostrade—the Italian state motorway company—when really it was IRI, an Italian state holding company.

Before Eurobonds, hidden wealth in Switzerland could do relatively little; but now it could buy these pieces of paper, which could be carried or redeemed anywhere and all the while paid interest to their owners, with no taxes required.

This game of jurisdictional Twister created a bond that could be turned back into cash anywhere and that paid a good rate of interest not subject to taxes of any kind. Eurobonds essentially existed outside any government’s jurisdiction. Before Eurobonds, hidden wealth in Switzerland could do relatively little; but now it could buy these pieces of paper, which could be carried or redeemed anywhere and all the while paid interest to their owners, with no taxes required. Wealth had been set free.

So, who was buying Fraser’s magical invention? The privacy, the portability, and the tax-free profits that attracted dentists in Antwerp and insider-trading bankers in London also attracted Nazis in Buenos Aires and Holocaust survivors in Tel Aviv. In Switzerland, the scared money mixed with the naughty money mixed with the evil money. The Eurobond was convenient to anyone with cash to hide. That first Eurobond was issued for $15 million, but once the path had been flagged, there was nothing to stop more money following. In the second half of 1963, $35 million worth of Eurobonds were sold. In 1964, the market was $510 million. The total passed a billion dollars for the first time in 1967, and Eurobonds now represent one of the biggest markets in the world.

That was fantastic news for the City of London, which is once more an almost unrivaled financial center. But it was terrible news for the Bretton Woods system. This freed-up money undermined the foundations of its carefully built walls and—just eight years after that first trade—the dollar came off the gold standard, and the collapse began.

That is what made kleptocracy as we now know it possible, and we are all living with the consequences.

This post is drawn from a longer article, titled “The Dark Side of Globalization,” that appears in the January 2018 Journal of Democracy.

Oliver Bullough is a journalist and the author of The Last Man in Russia: The Struggle to Save a Dying Nation (2013). His book Moneyland: Exploring the Secret Country of the Very Rich is forthcoming in 2018.