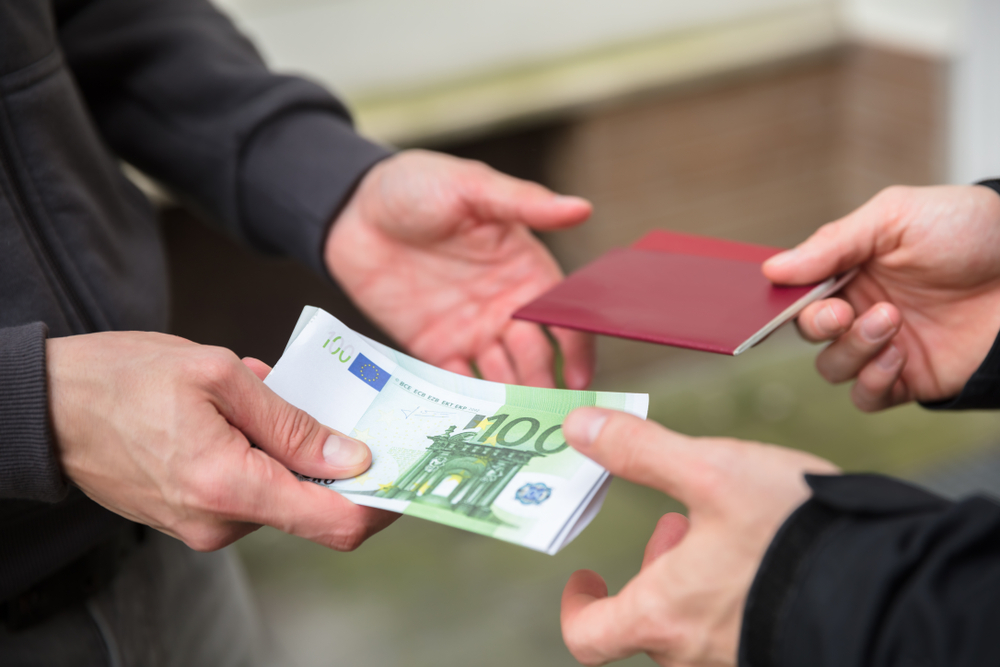 Over the past decade, citizenship-by-investment schemes have enabled a growing number of nations both large and small to buttress faltering budgets. From European jurisdictions like Malta and Portugal to Caribbean island-states like Grenada and Antigua and Barbuda—and even over the past few years, countries including the U.S. and U.K.—the range of states offering these so-called “golden passport” or “golden visa” programs has only continued to swell.

On their face, these programs are relatively straightforward. In return for paying significant sums to governments or in investment programs—anywhere from $100,000 in certain Caribbean jurisdictions to millions of dollars in Western locales—countries provide investors with either visas or passports, with all of the protections that accompany them. These programs net recipient countries billions of dollars over years, providing an easy source of revenue and investments for cash-strapped polities and a welcome source of revenue for industries, from real estate to manufacturing, battered by the ongoing recession.

However, as the past few years have illustrated, these programs are also an increasing favorite of kleptocrats, crooked government officials, and transnational criminal figures looking to protect their families and ill-gotten gains from the populations they have helped pilfer in their home countries. These schemes provide a range of benefits for kleptocrats: allowing them to evade sanctions, throwing up additional obstacles to transnational investigations, and even using Western citizenship to help aid their reputation-laundering efforts.

These “golden passport” and “golden visa” schemes have acted as a magnet for exactly the kind of dirty money democratic governments have been increasingly trying to combat.

Due to lax oversight, these “golden passport” and “golden visa” schemes have acted as a magnet for exactly the kind of dirty money democratic governments have been increasingly trying to combat. There is no formal count of how many individuals have taken advantage of these schemes to obtain citizenship or residency in other countries, though the best estimates place the number in the tens of thousands. But there is a growing consensus that these initiatives—which tend to ask few questions about the individuals providing the funds—allow kleptocrats, their families, and other malign forces to expand their networks and resources, and that they are clear net negatives when it comes to efforts at rooting out kleptocratic and transnational money laundering networks.

With the world reeling from a pandemic-related recession, the incentives for cash-strapped states to expand the scope of these initiatives and continue streamlining the application process are unfortunately increasing. One leading advisory firm specializing in these types of schemes told CNN that they saw a year-on-year increase in “golden passport” inquiries of nearly 50 percent. Nor are they the only ones: European countries like Montenegro and Cyprus have received approximately double the number of applications in 2020 from just last year. Portugal, one of the key jurisdictions offering these “golden visa” programs, saw a record number of applicants in May, netting some $175 million in a single month for Lisbon. Bloomberg also recently found that a number of Caribbean nations—including states like St. Kitts & Nevis that pioneered this “golden passport” practice—have dropped their prices considerably over the past few months, with countries like Dominica and St. Lucia now offering citizenship for as little as $100,000.

It is not especially difficult to find criticism of these programs, or to discern just how damaging they are to broader anti-kleptocracy efforts. The OECD notes that these initiatives can “be potentially misused to hide [applicants’] assets offshore,” while the European Commission recently announced it was “extremely concerned” about the programs, especially considering how easily EU passport holders can travel to other EU nations. In just the past decade, over 100,000 individuals have taken advantage of the EU-based “golden visa” or “golden passport” programs, generating over $1 billion annually for countries like Spain and Cyprus and providing recipients all the perks of an EU passport.

A recent in-depth report by Transparency International found that “secrecy continues to enshroud the most basic information about golden visas.” Many countries offering such services refuse to publish lists of those taking advantage but when names do leak, they often feature individuals tied to authoritarian governments—who often have far higher net worth than their previous work should have allowed—or those specifically attempting to evade taxes or criminal charges elsewhere. For instance, over half of the U.K.’s “golden visas” granted since 2008 have gone to either Chinese or Russian nationals. Fast Company has further described the clients of these programs as a “Who’s Who of fugitives and fraudsters,” with numerous convicted felons outed as participants in similar projects.

The ranks of those demanding golden passports and visas—which includes post-Soviet oligarchs and corrupt PRC businesspeople, convicted felons, and dodgy financiers—are only likely to increase in the coming months, thanks to the global economic downturn and increasing political instability.

Thankfully, not all is doom and gloom when it comes to the future of these initiatives. The recent “Russia Report” by the U.K. Parliament’s Intelligence and Security Committee, which provided an overview of how dirty Russian funds have wormed their way into the U.K., specifically called out the British government for lax oversight of these citizenship programs and demanded far more regulatory oversight and a “more robust approach” to vetting recipients. Others in the national security space have paid increasing attention and voiced growing concern about these programs, with a report from the Center for Strategic and International Studies specifically calling for the EU to ban the issuance of such “golden visas.”

But if a flat ban was a tough sell before the pandemic, it will be an even more difficult push now, with states casting around for any and all means of patching widening budget holes. As such, instead of a blanket ban on these programs, anticorruption and anti-kleptocracy advocates may have an easier time following in the footsteps of the authors of London’s “Russia Report,” demanding greater transparency, oversight, and due diligence when it comes to those applying for these visa and passport programs. After all, the ranks of those demanding golden passports and visas—which includes post-Soviet oligarchs and corrupt PRC businesspeople, convicted felons, and dodgy financiers—are only likely to increase in the coming months, thanks to the global economic downturn and increasing political instability. All of which means that the states offering these “golden visa” and “golden passport” services retain more leverage than they likely know—and all the reasons to demand as much information, and provide as much transparency, as possible.

Casey Michel is a New York-based writer and journalist, whose work focuses primarily on kleptocracy, corruption, and foreign interference. Follow him on Twitter @cjcmichel.