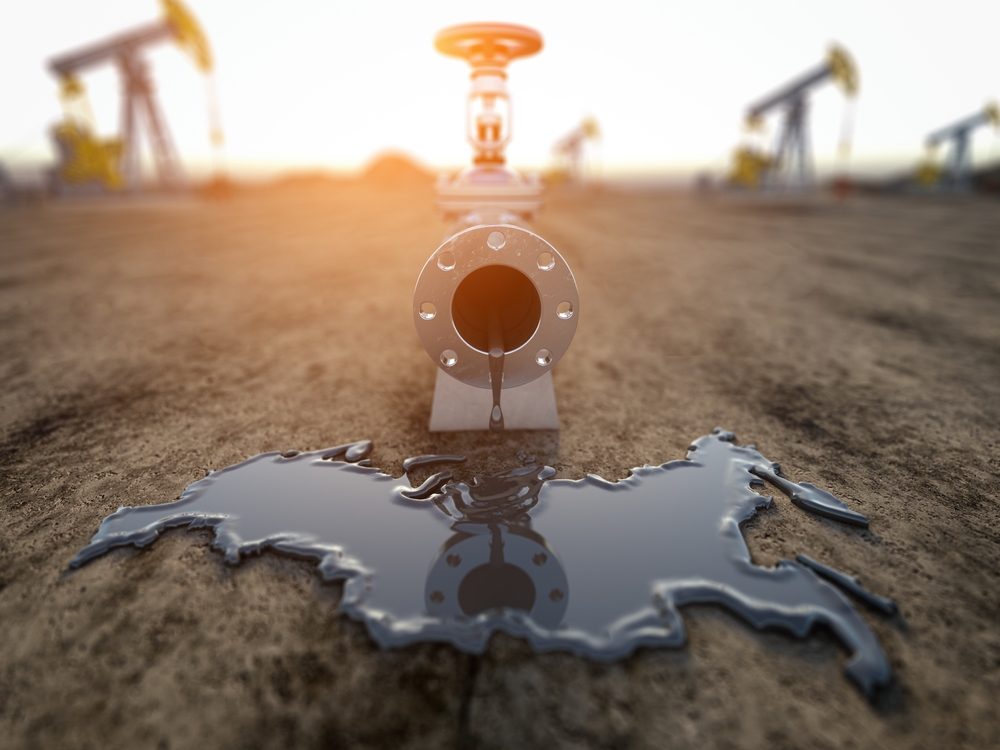 After Russia invaded Ukraine on February 24, 2022, Western governments moved swiftly to sanction many Russian oligarchs and corporations, especially those closely associated with Vladimir Putin. Threatening Russia’s oil and gas revenues was seen as a silver bullet in the current sanctions regime to pressure change, but, so far, the bullet has missed the target.

Global Magnitsky and other sanctions have limited the ability of Russian kleptocrats to amass wealth and shone an international spotlight on corrupt dealings, including in the oil and gas sector. Australia, Canada, the UK, and the U.S. have called out these individuals’ close relationships with Putin. Governments are seizing oligarchs’ assets and restricting the travel of these kleptocrats. The EU has moved to place a partial ban on the import of Russian crude, taking effect later in 2022. This partial ban may also block insurance companies from covering Russian oil, and the partial ban would prevent EU ports from accepting Russian crude arriving by tanker.

Yet these sanctions designed to stop massive corruption and kleptocratic behavior emanating from Russia have largely failed to stymie Russia’s oligarchs from amassing incredible wealth for themselves and their ultimate benefactor, Vladimir Putin, continuing to grant the Kremlin the financial resources it needs to fund its invasion of Ukraine. Significant holes in the sanctioning efforts impede their effectiveness. Some oligarchs and kleptocrats are sanctioned in one country, but not in another, creating alternative paths for illicit wealth. Also, Western companies supposedly “self-sanction,” but there is little oversight to ensure that these companies actually cease operations in Russia as they promise.

Holes in the Sanctions Regime

Major figures in Russia’s oil and gas industry have been sanctioned, but their companies—which provide significant income to the Russian economy (45 percent of the budget revenue in 2021)—continue to operate, transporting petroleum products to the West through the Caspian Pipeline Consortium (CPC). This pipeline consortium is a vital transportation route for crude, taking oil and gas from western Kazakhstan across Russia to the Port of Novorossiysk, where it is then transported to Western markets. Because this vast pipeline network (map found here) is excluded from sanctions, revenue streams from the CPC continue to pour into Russia, enriching the CPC, Russian oil and gas companies, and, ultimately, the Kremlin.

During the first one hundred days of the war, Russia earned some 93 billion Euros in exports of oil, gas, and coal—two thirds of which came from oil, and most of the remainder from natural gas. In addition, Russian companies own 51 percent of the CPC pipeline’s shares and have also invested in the oil fields that feed this pipeline consortium.

The CPC does not, however, only transport Kazakhstani oil to Novorossiysk. According to CPC, 13 percent of the oil in the pipeline is Russian, extracted mostly from oil fields run by Russian oil and gas giant, Lukoil. While theoretically possible, it is highly unlikely that these Russian and other country-sourced oils are separated from each other for purposes of transport. Thus, Russian crude mixes with the mostly Kazakhstani “CPC Blend,” ultimately rebranded to be called KEBCO (Kazakhstan Export Blend Crude Oil). As such, it is virtually impossible to distinguish between Russian and non-Russian oil in the CPC pipeline.

Consequently, oligarchs and their companies are able to evade Western sanctions and continue to profit from oil traveling through the CPC pipeline. The pipeline owners make money by charging set fees for transporting crude from one place to another. These fees are not connected to the price of oil, so this revenue stream is both lucrative and relatively stable, despite market fluctuations. In fact, CPC’s pace of exports from its Black Sea terminal were currently 3 percent higher in 2021 compared to 2020 outputs. Consequently, CPC shareholders including Transneft, Lukoil, and other sanctioned Russian companies, have continued to earn significant revenues, and the Kremlin has similarly profited.

“Self-Sanctioning” Doesn’t Touch All Aspects of the Oil Business

In addition to sanctions legally imposed by Western governments, Western oil companies have supposedly “sanctioned” themselves, making public statements about their lack of investment in Russia or their divestment from projects in the country. However, there are significant holes in these “self-sanctions” as well: Western companies continue to profit outside of Russia from the CPC pipeline project. For example, Shell not only owns Oryx Caspian Pipeline LLC (part of the pipeline consortium) but is also a 49 percent shareholder in Rosneft-Shell Caspian Ventures Limited. (The 51 percent shareholder of this latter company is Rosneft, whose CEO, Igor Sechin, is a longtime associate of Vladimir Putin.) In response to a letter from Crude Accountability and Kazakhstani NGOs asking it to stop investing in CPC, Shell’s deputy company secretary Anthony Clarke replied, “Shell has no current intention to exit the CPC, which plays a vital role in transporting Kazakh oil to many countries, especially in Europe.”

Yet, evidence shows that these companies and Kazakhstan’s government continue to do business with Russian corporations owned and run by sanctioned kleptocrats. Western companies have maintained their lucrative business relations with both Russian corporations and Kazakhstan’s major oil fields, earning massive profit as a result. Since the CPC pipeline has been exempted from sanctions, this network of oil companies, pipelines, and consortia provide sanctioned Russian oligarchs a path around government-imposed sanctions and a means to enrich themselves and their partners, revealing a much broader, global problem.

Just as oil and gas companies are transnational in nature, so is kleptocracy. If policymakers are willing to make exceptions for small percentages or a little bit of revenue here and there, these oil and gas companies will continue to make deals with autocrats, kleptocrats, and non-transparent actors. Exempting them—and the CPC—from sanctions allows transnational networks of oil oligarchs and kleptocrats to continue operating with impunity, even during wartime. Claiming that the oil in the CPC is mainly Kazakhstani when, in fact, it is extracted, refined, and transported by transnational corporations from multiple countries defies the international nature of the business and the wealth networks it supports.

It is clear that proceeds from “Kazakhstan’s oil” enrich the Kremlin and its partners and allow Moscow to continue financing its war in Ukraine.

This situation calls for bold leadership from Western governments, not only in holding Putin accountable for his violations of international commitments, such as those to the OSCE, but also in reducing our dependence on fossil fuels and the companies that provide them. Is this easy? No. Will it be painless for consumers and without cost for politicians or geopolitical relationships? No.

Yet it is high time to uphold our human rights standards when engaging the oil and gas sector. Authoritarians, kleptocrats, and corrupt actors cannot be given a pass, including—and especially—in the energy sector. Vladimir Putin is counting on the West to capitulate to its energy interests in its response to the war in Ukraine. The future of democratic governance and institutions, as well as the territorial integrity of Ukraine, demands that it does not.

Kate Watters is co-founder and executive director of Crude Accountability, an environmental and human rights nonprofit organization that works with communities impacted by the fossil fuel industry. She is the author of numerous reports and articles on civil society in Central Asia and the Caspian region and has been interviewed for print media, radio, and television about the environment, oil and gas, and human rights in the region. Kate holds an MA in Russian Area Studies from Georgetown University and a BA in Russian literature from University of Massachusetts Amherst. Follow Crude Accountability on Twitter @Crude_NGO.

The views expressed in this post represent the opinions and analysis of the author and do not necessarily reflect those of the National Endowment for Democracy or its staff. Image Credit: Maxx-Studio/Shutterstock.com