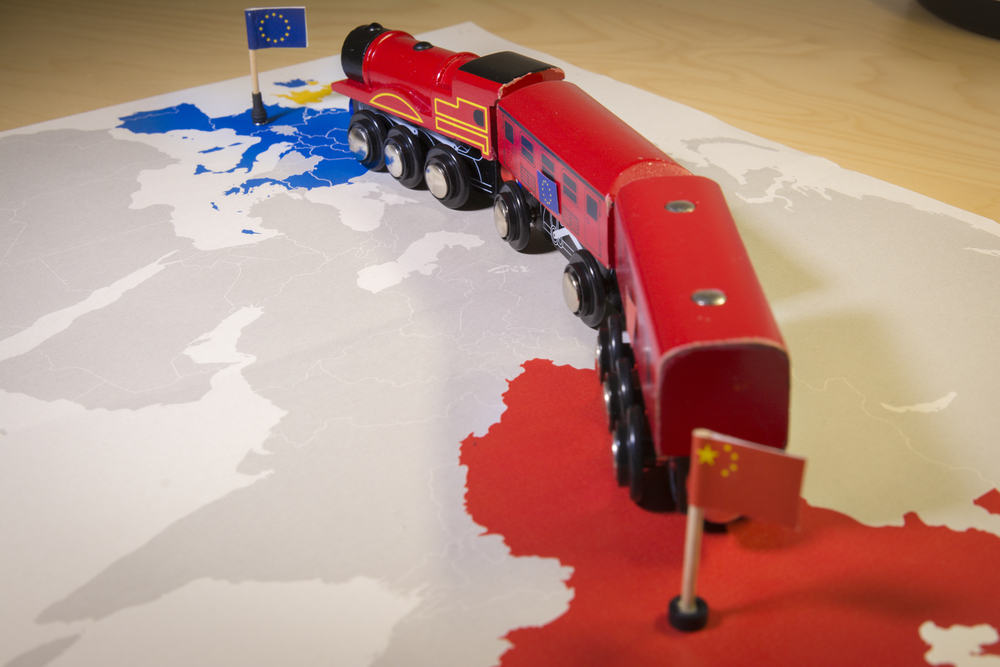 With the toppling of its communist regimes, Eastern Europe embarked on a transformation inspired most immediately by Western Europe’s example. As East European states entered the EU accession process, the prospect of integration into an affluent and democratic Europe became a key driver of change. Nearly thirty years on, however, the ideological and political landscape has changed. The 2008 financial crisis and the 2015 refugee crisis have severely undercut the association of liberal democracy with societal well-being. Recent narratives depict a failing West and new opportunities in the rising East.

Against this backdrop, Central and East European (CEE) states have joined a new regional grouping that again divides Europe into East and West—this time under Chinese rather than Russian tutelage. The new “16+1” initiative, which brings together China and sixteen postcommunist CEE states, has already undermined the alliance system that in recent decades has guaranteed the region’s security and prosperity. In addition, it is politicizing the CEE economies and reinforcing their oligarchic elements through the export of the “China model” and targeted elite capture.

16+1 is not a regional bloc through which the CEE countries can coordinate their policies toward China. Rather, it is a platform for sixteen bilateral relationships with Beijing, with China afforded an overwhelming advantage in each.

While the 16+1 initiative is not widely known in the West or understood even in the region itself, it was until recently viewed in Beijing as a masterstroke of Chinese diplomacy. The grouping took on new life in late 2013 with the launch of Chinese president Xi Jinping’s grandiose Belt and Road Initiative (BRI), and has since become the East European platform for the BRI’s implementation.

Perhaps counterintuitively, 16+1 is not a regional bloc through which the CEE countries can coordinate their policies toward China. Rather, it is a platform for sixteen bilateral relationships with Beijing, with China afforded an overwhelming advantage in each. Bilateral partnerships make it easier for China to bypass existing alliances and realign countries toward a new China-centric system.

The 16+1 grouping cuts across EU boundaries (it includes eleven EU members) and offers Beijing an alternative to dealing with the EU as a whole. In the ensuing competition to become China’s favored “gateway to Europe,” Czech president Miloš Zeman has publicly offered his country as an “unsinkable aircraft carrier for China in Europe,” while Serbian politicians have mused about standing out as the best student in China’s class in a way that would transform the “16+1” into a “15+1+1.”

The web of 16+1 activities has generated few publicly available documents, making it difficult to arrive at how much activity is real and how much is simply empty ritual. Yet there is one area in which China’s footprint is clear: the politicization of CEE economies.

China’s diplomatic efforts are meant to usher in “Globalization 2.0.” The concept calls for internationalizing the “China model” of state capitalism, which combines select market mechanisms with overall control by the party-state. BRI and 16+1 are political projects aimed at shaping the economy (and by extension, the politics) of participating states to this model. Within these enclaves, Chinese politicians and businessmen conclude deals with local counterparts via ad hoc negotiation, sidestepping the transparency and accountability requirements accompanying EU deals.

For some CEE elites, this incompatibility with EU practices may add to the appeal of China’s initiatives. The EU has pumped vastly more money into the region through its structural funds than China has invested, and the EU funds come as grants, rather than Chinese acquisitions or loans. But unlike the EU funds, China’s money has “no strings attached.” This not only cuts down on paperwork, but also means that funds from Beijing can more readily feed into local patronage networks.

The Case of the Czech Republic

Through insider deals and elite capture, China has helped to reorient CEE states, among them the Czech Republic, to Beijing’s interests. Upon taking office in March 2013, President Miloš Zeman led the effort to entirely reorient Czech policy toward China. Zeman supported the efforts of Czech financial conglomerate PPF and its consumer credit subsidiary Home Credit to secure a national license for operations in China. The license was conditioned on a more forthcoming Czech attitude toward Beijing, which Zeman and his government duly delivered, announcing a new China policy in 2014.

In late 2015, the Chinese company China Energy Company Limited (CEFC) led a week-long “shock-and-awe” shopping spree in Prague, bagging prime real estate, the oldest soccer club in the country, and a media conglomerate. Soon after, the Czech government announced the appointment of CEFC chairman Ye Jianming as honorary advisor to Zeman—a position to which Ye had been quietly named earlier that year. CEFC then established its European headquarters in Prague and began hiring retired Czech politicians and civil servants, with personnel rotating between the president’s office and CEFC.

Through insider deals and elite capture, China has helped to reorient CEE states, among them the Czech Republic, to Beijing’s interests.

Through this elite capture, CEFC leveraged a relatively minor investment into considerable political influence. And while Czech intelligence services have warned publicly about Chinese influence on local politicians, the political establishment has chosen to ignore them.

While EU economic integration has been driven by commercial factors, China’s “Globalization 2.0” is driven by political fiat, highlighting a host of contrasts: between open-tender requirements and contracts awarded through political deals; between economic competition and the collusion of economic and political interests; and finally, between democratic capitalism and  state capitalism dominated by shadowy networks of apparatchiks and oligarchs. The collision of the two projects in CEE has generated friction. Ultimately, the CEE participants in 16+1 may find that they will have to make a choice.

This post is based on the article, “China in Xi’s ‘New Era’: Forging a New ‘Eastern Bloc’” that appears in the April 2018 issue of the Journal of Democracy.

Martin Hala is a sinologist based in Prague and the director of AcaMedia. Educated in Prague, Shanghai, Berkeley, and at Harvard, he has taught at universities in Prague and Bratislava and conducted research in China, Taiwan, and the United States.