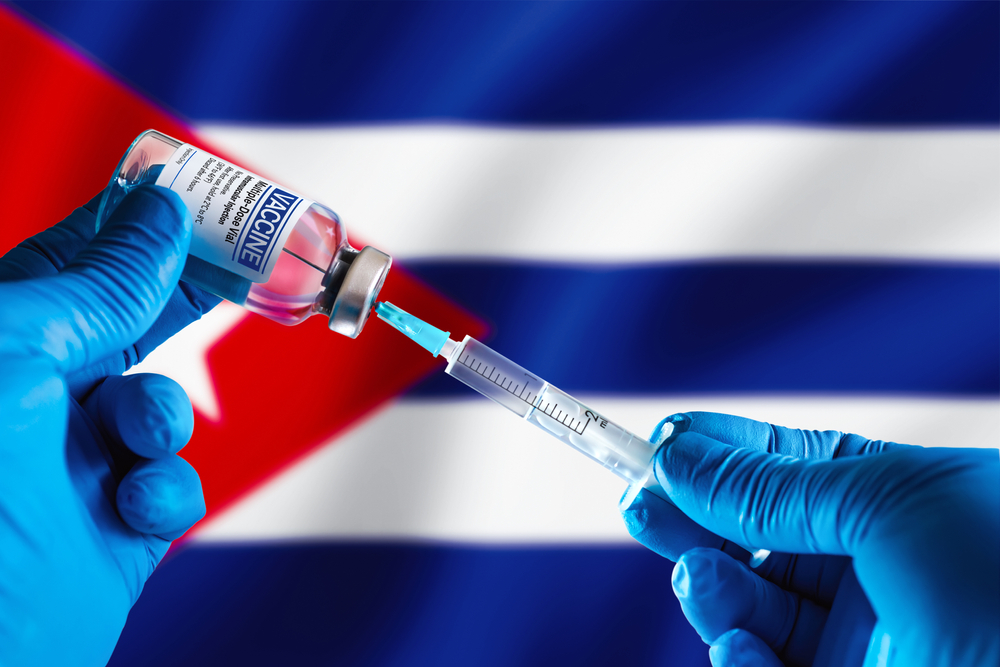 Cuban authorities have announced their intention to submit their Abdala COVID-19 vaccine to the World Health Organization (WHO) for emergency approval this month. Cuba’s development and distribution of home-grown COVID-19 vaccines has been met with acclaim in international media as global vaccine inequity hinders the fight against the virus. However, the marketization of Cuba’s vaccines will likely elevate the prestige of the Western Hemisphere’s most long-established authoritarian regime. Cuba has historically leveraged its healthcare sector to promote the Cuban Communist Party’s image, offer low-income countries an alternative source of assistance, and counteract pressure on foreign actors to condemn Cuba’s autocracy. Havana may well reap such rewards from its coronavirus vaccines: breeding goodwill, offering political clout, and bolstering a carefully crafted perception of the country’s medical sector.

Cuba’s vaccine development and responses to COVID-19 have fallen prey to some of the same tactics witnessed in other authoritarian settings, such as rushed testing, opacity surrounding pandemic response measures, and violations of civil liberties. A closer look at Cuba’s track record suggests that its strategy for exporting vaccine doses could potentially become another instance of sharp power—where medical diplomacy is exploited to secure political rewards to the advantage of authoritarian narratives.

Cuban authorities have developed, approved, and distributed two vaccines: Abdala and Soberana. Thus far, 87 percent of Cuba’s population has been fully vaccinated. These vaccines’ efficacy have not been peer reviewed internationally. However, Cuban clinical trials suggested that both were over 90 percent effective, likely contributing to the country’s decline in positive infections following a summer 2021 surge. (Cases later increased again, likely due to the omicron variant.) As of February 2022, Cuban vaccines were being exported to states friendly to Cuba like Iran, Vietnam, Venezuela, Nicaragua, and St. Vincent and the Grenadines. According to Cuba’s biotechnology authorities, further negotiations are underway to export vaccine production technology to fifteen countries around the world, with Havana aiming to directly produce and supply 200 million doses across the Global South.

The demand for vaccines in Cuba and beyond compelled Havana to rush the use and exportation of its vaccines. The government started distributing vaccines domestically and creating export agreements before Phase 3 testing was complete or the country’s regulatory body granted the vaccines approval (much like Russia’s rushed testing of its Sputnik V vaccine). Though Phase 3 trials have since been completed successfully, this policy concerned partners and observers. A group of Venezuelan healthcare workers, for instance, opposed the use of Cuban vaccines until Phase 3 testing was complete or the WHO granted approval. The Pan American Health Organization also urged Cuba to make its data available to the wider scientific community.

Cuba’s biotechnology sector is marred by a lack of rigorous scientific scrutiny, and public testing data often fails to meet industry standards. Mere months after the coronavirus’ outbreak, Havana sought to market human recombinant interferon alpha 2b as a treatment for COVID-19, despite the lack of evidence in support of its efficacy as well as the medication’s potential serious side effects. Despite the lack of medical testing, Cuba started administering the treatment domestically and marketing it abroad, signing agreements with Venezuela, Spain, and China, among others. Within Cuba, the state-controlled media outlets that dominate its information space refrained from discussing risks associated with the drug, and no oversight bodies regulated its use with no civil society input.

A wide range of financial, political, and diplomatic incentives underpin Havana’s decision to distribute and market vaccines before the completion of sufficient testing. Mass vaccine exports align with the Cuban Communist Party’s longstanding objective to portray Cuba as a medical powerhouse. Moreover, Cuba has historically leveraged its medical sector to strengthen alliances and expand economic cooperation abroad; this strategy is frequently deployed in the context of South-South relations, and has allowed Cuba to cultivate ties with powers such as Brazil, South Africa, and China.

Early indications suggest that Cuba will reap political rewards from its vaccine exports. Havana is already showing an ability to fill vaccine gaps in other internationally isolated authoritarian states, potentially bolstering ties between Cuba and recipient governments. Although Cuban officials are claiming to offer “solidarity pricing” to low-income countries, Havana is also set to profit handsomely. While exact figures are unknown, the vaccines could generate annual revenues between $600 million and $1 billion; however, low labor costs, a lack of thorough quality control and oversight, and the sale of doses at double the rate of bulk purchases of Astra Zeneca vaccines likely explain this large profit margin.

Investments in biotechnology comprise only one facet of Cuba’s toolkit to leverage its medical sector strategically for political influence. Most notably, Havana sends doctors abroad to offer aid in times of crisis. In doing so, the government aims to promote a favorable image of the country’s medical institutions, spread alleged revolutionary ideals, turn a profit, and strengthen foreign influence. In 2003, for example, Cuban health workers were deployed to Venezuela; in return, Caracas granted Havana subsidized oil prices (although Venezuela’s economic downturn later led to a shortage in oil supply). In 2019, Cuban doctors were pressured to use their services to secure votes and political support for the Maduro regime, demonstrating that such initiatives can be vulnerable to manipulation which backs authoritarian actors.

In 2020, Havana sent 4,000 doctors to almost forty countries to help combat the pandemic (in addition to 28,000 doctors already overseas prior to COVID’s onset). Yet, amid the positive messaging about Cuba’s healthcare sector that its actions generated, the severe strain on the country’s domestic healthcare system compelled Havana to bring hundreds of doctors home. Moreover, critics and defectors from these missions have condemned the poor labor conditions to which doctors are subject. Havana’s regulations on Cuban medical staff abroad stifle freedom of expression and association, the right to privacy, and freedom of movement. Doctors are forbidden from criticizing working conditions or associating with those deemed to hold counterrevolutionary views and those who leave their missions are banned from reentering Cuba for eight years.

While the outcome of Havana’s expanded access to global vaccine markets has not fully unfolded, vaccine exports could bolster the Cuban Communist Party by enriching the regime, legitimizing propaganda surrounding the medical sector, negating demands for economic reform, and detracting from criticism of its systematic civil and human rights abuses. Cuba’s authorities have already sought to suppress criticism of its public health response, arresting around 1,300 protestors and bystanders after thousands staged demonstrations in 2021 decrying economic malaise and the state’s COVID-19 response measures.

As an unfortunate byproduct of its potential capacity to help stem the pandemic, the Soberana and Abdala vaccines could offer a veneer of legitimacy, financing, and diplomatic sway to a regime with little regard for accountability or freedom. In seeking to become a key vaccine exporter, Havana bypassed thorough testing procedures—instead rapidly marketing inoculations to countries in the Global South. This behavior represents only the latest iteration of a pattern in which Cuba prioritizes the image of its healthcare sector and the political and economic returns of foreign cooperation over conclusive testing, the rights of its medical personnel, and freedom of expression.

This blog post is a continuation of analysis from the January 24th edition of Pandemic Ploys, a Forum newsletter analyzing authoritarian manipulation and democratic resilience during the COVID-19 pandemic. You can subscribe to Pandemic Ploys here or read past editions on our website.

The views expressed in this post represent the opinions and analysis of the author and do not necessarily reflect those of the National Endowment for Democracy or its staff. Image Credit: angellodeco/Shutterstock.com