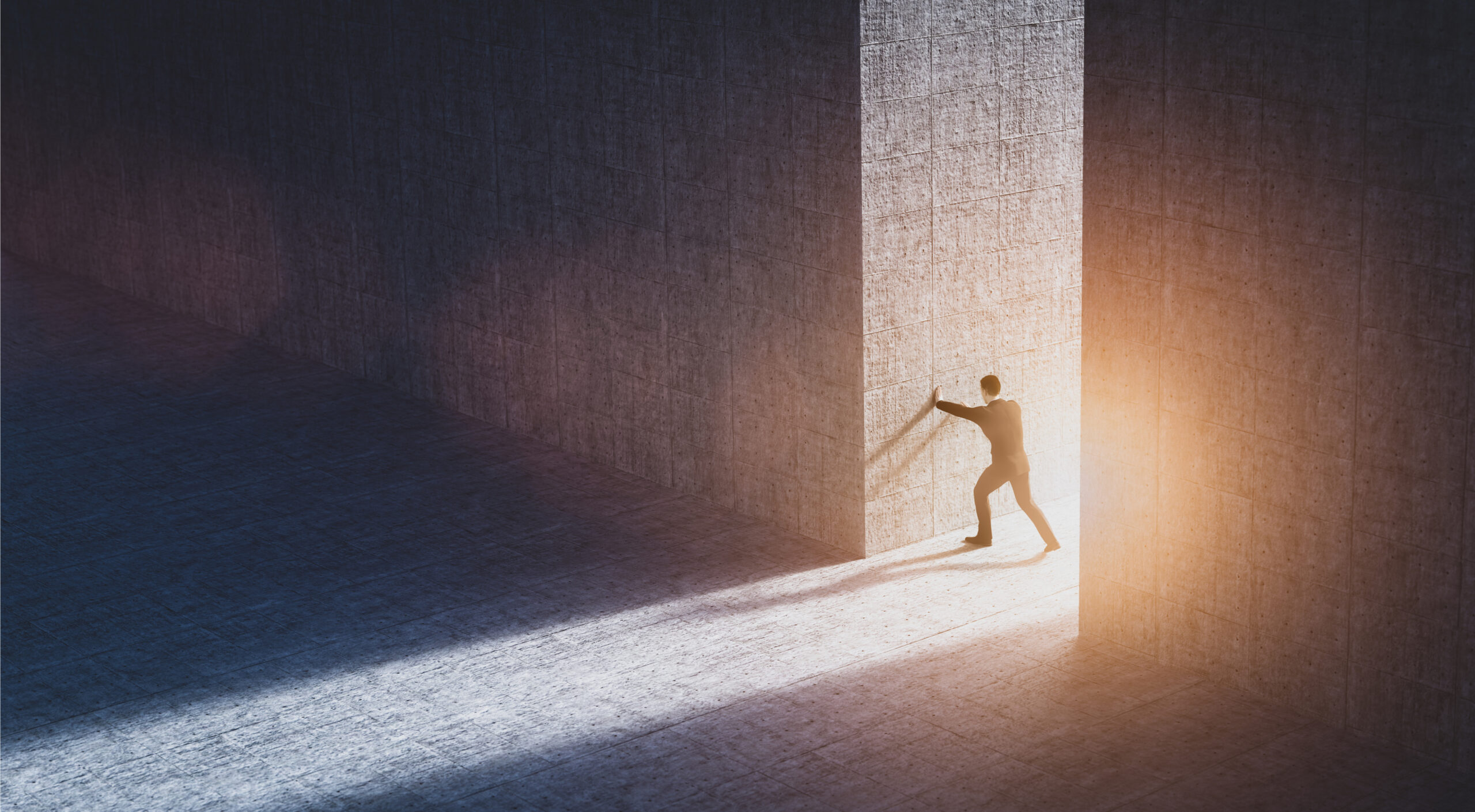 Last month, the Biden administration held the 2021 Summit for Democracy with representatives from approximately 100 countries in attendance. Convening leaders, activists, and human rights defenders from around the world, the Summit centered on opportunities to achieve three goals: strengthening democracy and countering authoritarianism; combatting corruption; and promoting respect for human rights.

These goals directly relate to how the COVID-19 pandemic exacerbated the severity of ongoing democratic erosion around the world, which has witnessed significant regression for civil rights and political liberties, as Freedom House, International IDEA, and other organizations have documented. Successive waves of infections tied to the emergence of new variants suggest neither the virus nor these additional vulnerabilities to democratic integrity will disappear anytime soon. Thus, the world’s democracies have an urgent responsibility to combat the pandemic and bolster democratic resilience simultaneously.

Authoritarian regimes have used the COVID-19 pandemic to argue that centralized, top-down government control is more effective than democratic rule in times of crisis. At the same time, the pandemic has strained citizens’ trust in democracy, particularly in societies around the world experiencing excessive seizures of power, delayed democratic elections, and growing socioeconomic inequality.

From the beginning of the pandemic, authoritarian regimes employed sharp power tactics to expand their influence, undermine the perceived effectiveness of democracy, and exploit the globalized information space. The collection of resources contained in the Forum’s recently launched Sharp Power Research Portal details, for example, how the People’s Republic of China deployed propaganda and disinformation to sow doubt about global inquiries into the virus’ origins, while exploiting shipments of COVID-related medical supplies and vaccines to Serbia, Southeast Asia, and beyond for political influence. The Kremlin also utilized an expansive network of state-backed media, websites, and inauthentic social media behavior to spread disinformation about U.S. and EU manufactured vaccines while weakening public trust and amplifying socioeconomic tensions in and among democratic states.

The pandemic’s threat to democracy, in combination with the authoritarian urge to leverage the crisis to expand influence, presents a critical challenge for democratic leaders. During the Summit for Democracy, President of Costa Rica’s Legislative Assembly Silvia Hernández Sánchez remarked, “The [COVID-19] pandemic has exacerbated existing cracks in democracies around the world, from gross inequalities that translated into power imbalances . . . to low trust in institutions.” A December 2021 survey from the Pew Research Center found that those who believe their country managed the COVID-19 pandemic poorly were more likely to feel dissatisfied with the state of their democracy. Yet, throughout the pandemic, several democracies such as South Korea, Taiwan, and Australia, demonstrated how to mitigate the COVID-19 crisis through measures that emphasized openness, transparency, and accountability. Such responses included clear and transparent communication to the public, rapid deployment of COVID-19 testing and contact tracing, and temporary, proportionate restrictions to curb the spread of the virus. Democracies’ ability to implement pandemic responses that reinforce democratic values, rather than resist them, will be a powerful counterpoint to the narratives about effective governance models that authoritarians seek to promote.

In a rush to respond to the coronavirus, many countries relaxed or bypassed procurement processes, weakened anticorruption bodies, and restricted political and civil rights. The erosion of these crucial transparency and accountability mechanisms allowed corruption and kleptocracy to flourish. In settings where kleptocracy thrives and institutions have faltered, underfunded public services such as healthcare and infrastructure were only further strained by the COVID-19 pandemic. In some cases, such as in El Salvador, Cameroon, and the Republic of Congo, weak multilateral lending standards created opportunities for corrupt leaders to enrich themselves with pandemic relief funds intended for their populations. The absence of transparency, mismanagement of resources, and limited accountability crippled the effectiveness of many pandemic-related public health and economic responses. Other ways that corrupt leaders sought to undermine democracy and human rights included weakening the rule of law, using emergency powers to entrench their authority, and attacking independent media and journalism.

However, public health concerns can also be a powerful catalyst to encourage reform in key areas such as anticorruption and good governance. U.S. Secretary of State Antony Blinken’s Summit remarks elaborated on the Biden administration’s “U.S. Strategy to Counter Corruption,” emphasizing the need to crack down on illicit financial flows in the United States and calling for other democracies to follow suit and address corruption in light of recent democratic backsliding accelerated by the pandemic.

Threats to human rights have become more acute since the onset of the COVID-19 pandemic. In a USA Today op-ed, Secretary Blinken wrote, “leaders have seized the opportunity to crush freedom of assembly and crank up surveillance” against civil society and democratic activists. Digital tools adopted during the COVID-19 pandemic to facilitate contact-tracing and exposure notifications presented opportunities for illiberal leaders to manipulate surveillance technologies at the expense of human rights and freedom, most notably in Russia, Iran, and China. It will be difficult for societies of all stripes to roll back such technologies or implement stronger accountability mechanisms once they are already in place. Human rights defenders, journalists, and activists have been detained and punished for criticizing their government’s responses to the pandemic, including in several countries that were invited to attend the Summit.

In the Year of Action ahead, democracies will confront the dangers of a shrinking civic space, raising the level of urgency to adopt further protections for free expression, data privacy, and independent journalism. Democracies also need to support the work of the human rights defenders that hold regimes accountable for failures in responding to the COVID-19 crisis and other challenges. As Damon Wilson, President and CEO of the National Endowment for Democracy, remarked at the Summit, democracies must “draw on the strength, resilience, and determination of courageous activists to regain our footing and rebuild democratic momentum.”

The Challenge at Hand and Opportunities for the Year of Action

Despite challenges that intensified during the COVID-19 pandemic, human rights defenders, civil society, and independent media have proven resilient. Protest movements endured throughout the pandemic even as desperate leaders imposed extreme limits on free expression and assembly. Civil society groups also adapted their work to reach communities in dire need of assistance and support.

Democracies can enhance their resiliency by outlining clear plans and benchmarks to strengthen independent media and human rights protections, increase financial transparency and counter corruption, enshrine digital protections for citizens while countering digital subversion, and reinforce public institutions, all while cooperating to combat threats from authoritarians and illiberal leaders. Finally, collective commitments among democracies would strengthen resolve to reverse democratic erosion that COVID-19 only accelerated.

The Summit for Democracy was not just a warning bell about the democratic vulnerabilities that the pandemic has exposed. It also provided new ways for democracies to highlight their advantages in responding to the pandemic through transparent, accountable, and effective means.

Ryan Arick is an assistant program officer at the National Endowment for Democracy’s International Forum for Democratic Studies. Follow him on Twitter @Ryan_Arick.