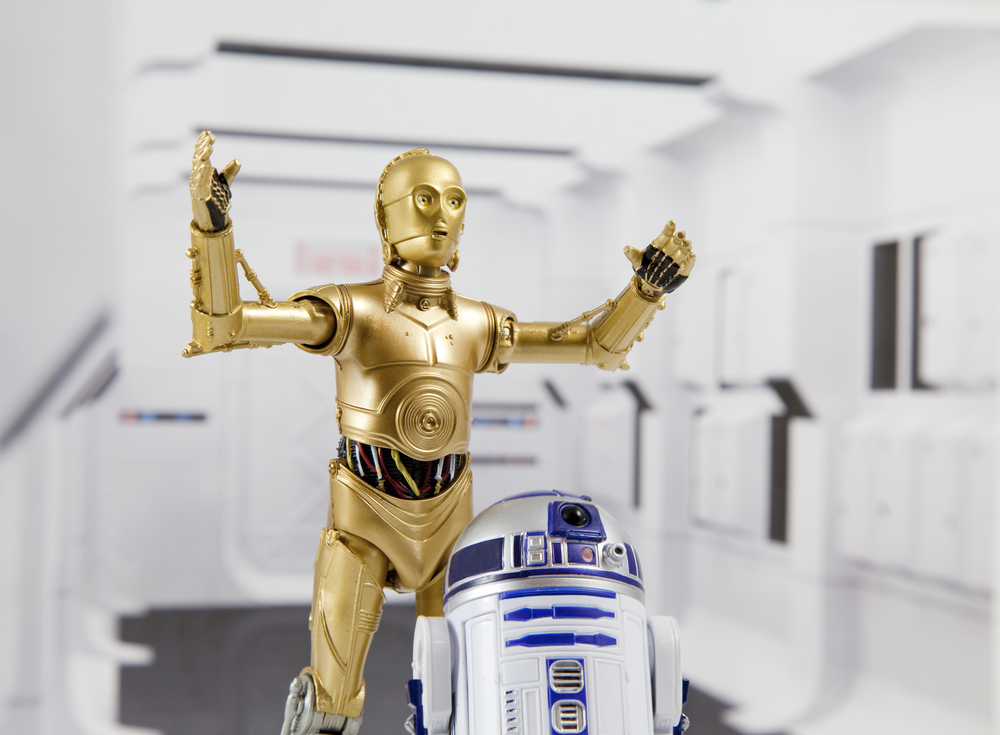 It is a period of authoritarian resurgence. Russian agents, striking from a hidden base (or perhaps an unremarkable office building outside of St. Petersburg), are waging a campaign to subvert and divide democratic societies.

New evidence suggests that their efforts may have reached a galaxy far, far away: a forthcoming study claims that a handful of automated accounts connected to Russian influence operations may have played a role in generating controversy over the fan reception to Star Wars Episode VIII: The Last Jedi.

On its face, the odds of this are approximately 3,720 to one. Why would Russian bots tweet about Star Wars? What political advantage could they have foreseen?

Never tell a bot the odds. Culture is always political, and in these polarized times a franchise as widely celebrated as Star Wars cannot help but be so. Russian state agents were not the only ones allegedly tweeting about Star Wars: the study found that most discourse around the movie was genuine.

It also presented evidence of non-Russian, ideologically motivated Twitter users attacking the film for, among other things, its diverse cast (a departure from most previous Star Wars films). The study claims some of these users engaged in an organized campaign to push down the film’s review scores and create a media narrative of fan backlash to the casting and plot choices of director Rian Johnson. And it suggests that these users were in the minority of fans when they launched a wave of targeted harassment that chased one of the film’s actresses off social media (she later returned with a defiant New York Times op-ed).

The astroturfing of political controversy is a familiar form of social media manipulation—if politically motivated actors blow enough smoke, some media outlets will look for fire

The astroturfing of political controversy is a familiar form of social media manipulation—if politically motivated actors blow enough smoke, some media outlets will look for fire. Any resulting press coverage can ignite real flames where before they were largely only imagined. It is easier to do this around pre-existing political divides. While the study’s author does not offer definitive proof of the bots’ origins and notes that Russian-linked bots represented only a small percentage of such accounts, such tactics are in keeping with the practice of Russian influence operations to weigh in on social media controversies and amplify themes linked to existing social divides. Influence operations also use social media as a cudgel to silence critics, especially female critics: consider the case of Jessikka Aro, a Finnish journalist subjected to slander and threats from Russian trolls after writing about Moscow’s disinformation operations abroad.

Russia is not the only authoritarian state mixing movies and geopolitics. Most infamously, North Korea hacked Sony Pictures as preemptive revenge for the release of a comedy film mocking its political leadership. But its larger neighbor, the People’s Republic of China, acts in this realm with a subtler hand. The Chinese Communist Party shapes portrayals of China in film through a combination of investment in foreign movie studios and control of access to China’s enormous domestic market. “While in the past,” notes a Center for International Media Assistance report, “Hollywood studios were chiefly concerned about how to excise material from the finished film in order to get it past the censors…now decisions about content are made straight at the source: when movies are conceptualized and made.” Through a variety of pressure points, Beijing incentivizes film studios to portray the Chinese state positively—and can prevent many films from even considering touching on sensitive political issues like Tibet, the Tiananmen massacre, Taiwan, or the current concentration camps for ethnic and religious minorities in northwestern Xinjiang.

Russia is not the only authoritarian state mixing movies and geopolitics. Most infamously, North Korea hacked Sony Pictures as preemptive revenge for the release of a comedy film mocking its political leadership. But its larger neighbor, the People’s Republic of China, acts in this realm with a subtler hand.

The great irony is that even as they marshal culture to further their agendas abroad, Moscow and Beijing fear uncontrolled artistic expression at home. Beijing’s domestic censorship is sweeping, but has now won, through blunt insistence, the international cooperation of not just film studios but publishing houses, news outlets, and, perhaps soon, internet companies.

Over the past several years, Russia has seen high-profile cases of artistic repression including the trial of punk rock band Pussy Riot, the hostile reception some government and regime-allied figures gave to the 2014 Golden Globe-winning Russian film Leviathan, and the more recent ban of the 2017 film The Death of Stalin. Russia has seen a significant rise in war-fueled nationalism since the invasion of Ukraine, and the cultural domain has become a significant source of both worry and support for the regime.

So maybe it’s not so strange that Russian bots would target Star Wars, a franchise close enough to the hearts of many people to open political faults between them. For many authoritarian regimes, culture represents another target for their fully armed and operational influence efforts.