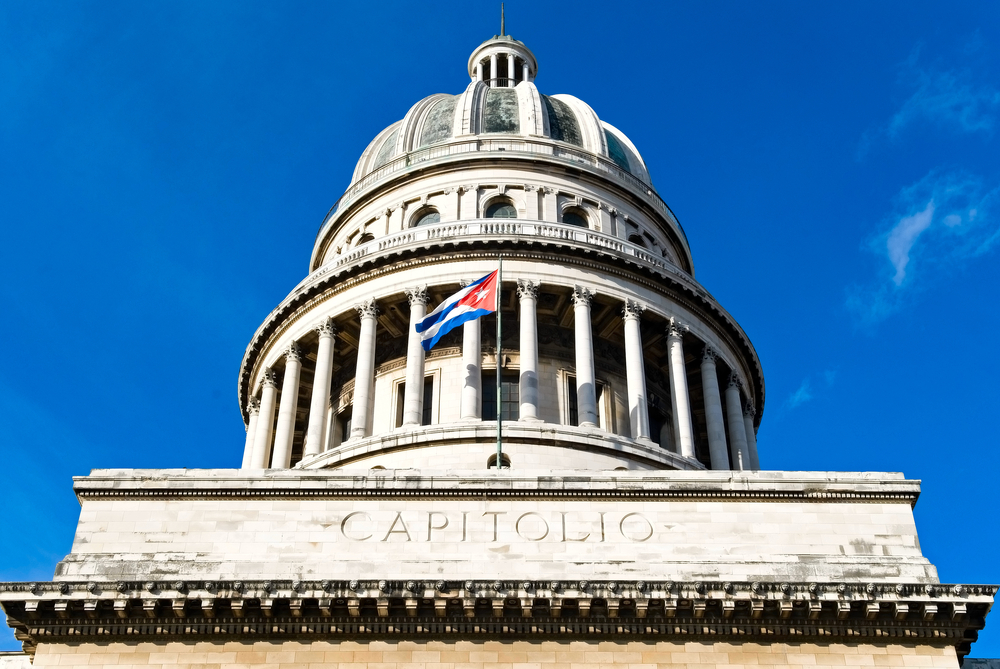 Joseph Nye, who coined the post-Cold War concept of “soft power,” explained: “A country’s soft power can come from three resources: its culture… its political values… and its foreign policies… Like any form of power, it can be wielded for good or ill… soft power in the wrong hands can have horrible consequences.” For over sixty years, Cuba’s leadership has devoted massive resources and worked with determination, sophistication, and coherence to distort perceptions and limit public criticism of its authoritarian system. As the oldest dictatorship in a region that has institutionalized support for democratic values and the protection of human rights within the inter-American system, Cuba’s authorities have sought to exert influence beyond its borders in a quest for legitimacy. It undertakes such efforts overtly and covertly through a large and disciplined army of diplomats, intellectuals, artists, spies, agents, collaborators, and propagandists working in sync and responding to Cuba’s huge intelligence and propaganda apparatuses.

As the oldest dictatorship in a region that has institutionalized support for democratic values and the protection of human rights within the inter-American system, Cuba’s authorities have sought to exert influence beyond its borders in a quest for legitimacy.

Cuban laws and practices strictly limit free speech and repress civil society, requiring that all academic, cultural, and other institutions and venues remain under sole ownership and control of the socialist state. With limited economic and military resources, it seeks to extend this hegemony beyond its borders by targeting international intellectual and academic networks—influential throughout the region as producers and promoters of analytical paradigms, legitimacy, and political consensus. Cuban diplomats and government representatives frequently block participation of Cuban human rights defenders and independent civil society members at international events and have even physically attacked some. Many civil society activists are prevented from leaving Cuba to participate even at events of the UN Human Rights Council. Within the hemisphere, Cuba has engineered an asymmetric presence to leverage state-directed influence within the two largest and most important organizations dedicated to the study of Latin America: the Latin American Studies Association (LASA) and the Latin American Council of Social Sciences (CLACSO).

In LASA, the Cuban delegation receives a higher percentage of scholarships than other countries, resulting in an overrepresentation of Cuban “official” intellectuals (i.e. those from state institutions subject to tight controls) at the annual Congress. This large membership enables the election of Cuba’s state-sanctioned academics into leadership positions overseeing LASA’s Cuba section, allowing Havana to exert undue influence over the topics, themes, and composition of panels and other events organized by the Cuba section. For example, scholars who do not support the Cuban regime’s positions point to a bias in the selection process of research on Cuba to be presented at LASA’s annual conference. Official statements related to Cuba made by LASA’s leadership also reflect an imbalanced approach. On numerous occasions, LASA has denounced the U.S. government’s denial of visas to Cuban academics when these actions have prevented their attendance at LASA Congresses held in the United States, but LASA has been silent when Cuba has denied visas to international scholars seeking to conduct unfettered research in the country. More recently, LASA’s Cuba section membership has begun to reflect a greater degree of academic freedom by incorporating Cuba-focused academics who do not tow Havana’s official line, including some who are even critical of the regime; this may help the organization take a different future course from some of its previous behavior.

Cuba’s leveraging of academic networks reflects just one way that its leadership has developed mighty asymmetrical advantages to exert what is typically understood as soft power.

In CLACSO, the overrepresentation of Cuban institutions and scholars is legendary, enabled by a blanket exemption for Cuban participants from paying membership fees. A block-vote veto power is directed from Havana through participating Cuban scholars, and resulting board of director elections have tended to align politically and ideologically with Havana. In 2017, the 50th anniversary of CLACSO was celebrated in Havana and paid tribute to the communist icon Che Guevara; also among the guests of honor were the “Five Heroes,” a network of Cuban intelligence agents convicted of espionage in the U.S. in 2001 (one member was also convicted of the murder of four civilians). CLACSO working group programs have also substantively failed to incorporate intellectuals within Cuban academia and society who are critical of the Cuban regime, instead privileging the inclusion of “official” intellectuals. Meanwhile, CLACSO has been altogether mute on authoritarianism in Cuba and on the institutionalized and systematic control of academic production, diffusion, and debate.

Cuba’s leveraging of academic networks reflects just one way that its leadership has developed mighty asymmetrical advantages to exert what is typically understood as soft power. It’s approach, stemming from the centralized command-and-control nature of a system unconstrained by judicial boundaries, judicial independence, term limits, checks and balances, transparency, accountability, and bureaucratic-institutional rules that characterize even the weakest democracies. This allows for vertical and cohesive direction of goals and messaging and for all sorts of tactics to exploit international “solidarity” networks, academics, and journalists that operate in the open.

Armando Chaguaceda is political scientist and historian, specializing in the study of democratization and authoritarianism. Follow him on Twitter @xarchano. Maria C. Werlau is Executive Director of the think tank Free Society Project/Cuba Archive.