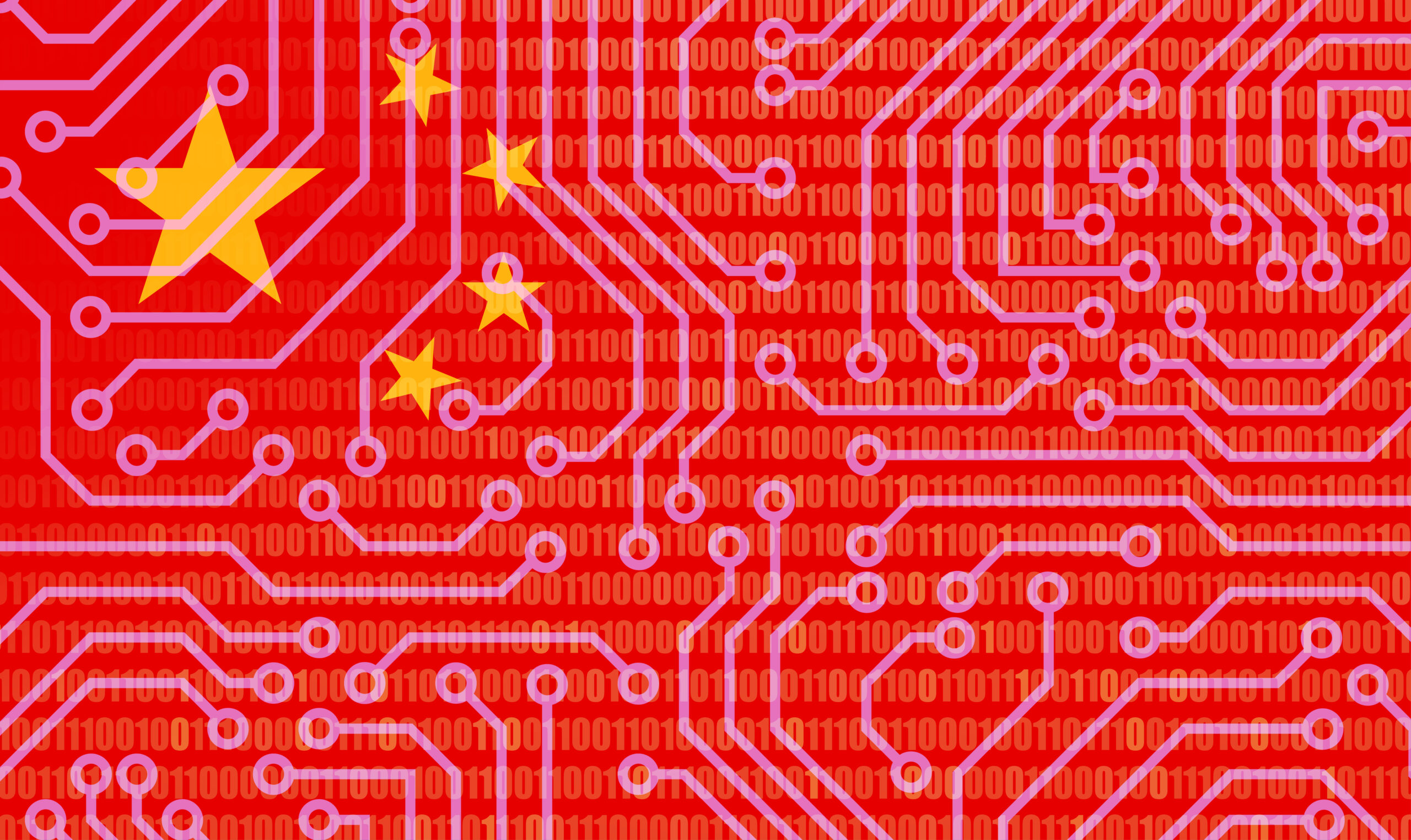 On October 16, 2022, Party Secretary Xi Jinping delivered his opening speech at the 20th National Congress of the Communist Party of China (CCP). Xi pledged that the People’s Republic of China (PRC) would “better tell China’s story” and enhance its “discourse power” in international affairs to be commensurate with the country’s national strength and global status. He also outlined that the global technological revolution was prompting shifts in the international balance of power, presenting the PRC with new “strategic development opportunities” through its global cooperation initiatives like the Global Development Initiative (GDI).

Such initiatives, highlighted by Xi in his speech, represent some aspects of the CCP’s “pitch” to the Global South for non-U.S.-led global economic and security arrangements. Beijing has sought to gain buy-in for the technological dimensions of these initiatives from partners in the Global South and through regional fora. If democratic collaboration in this competition with Beijing’s vision is to extend beyond the West and deeper into the Global South, democracies must better compete with the PRC’s model and communicate the power of their own vision.

China’s Pitch for Discourse Power and a Non-U.S.-led Global Order

In the CCP’s view, this type of narrative- and agenda-setting capacity is meant to reshape global governance, values, and norms that legitimize and facilitate the expression of China’s state power. China’s leaders have clearly articulated their belief that Western countries (especially the United States) have been able to exert global dominance because they possess what the PRC terms “discourse power” (话语权, huàyǔ quán). Gaining discourse power translates into an ability to increase the state’s geopolitical power by creating consensus around an alternative, PRC-led international order—one that privileges state sovereignty over civil liberties and subordinates human rights to state security. Beijing has identified both the digital realm and the geographic regions of the Global South as arenas of opportunity to advance its goals and gain a discourse-power advantage.

In this vein, the GDI is a particularly important tool. Launched during a 2021 speech at the United Nations by Xi Jinping, this initiative represents the CCP’s proposal for global development based on digital development and connectivity. The GDI will help China gain access to new markets to sell its technologies, lure professional talent, and secure the supply chains it deems necessary for safeguarding its tech supply chain. The PRC leverages its economic relationships to promote the GDI in local media environments. For example, an August 2022 Chinese embassy press release highlighted that two of the leading newspapers in the Seychelles featured the embassy’s article praising the countries’ joint efforts to “fully implement the GDI,” and included a 2021 Agreement on Economic and Technical Cooperation between the two countries as an example of this cooperation.

At the same time, Chinese academics have begun urging the PRC to take advantage of its military and diplomatic presence in the Global South to counter U.S. efforts to curb their country’s technological development. Beijing has already leveraged its deepening influence over media and information environments in regions such as Latin America, Sub-Saharan Africa, the Middle East, and Southeast Asia to criticize U.S. government policies that exclude China from sensitive technological supply chains. A June 2022 Foreign Ministry release attempted to “fact-check” U.S. claims about China’s diplomacy in the Global South. PRC leadership accused the U.S. of seeking to bolster only its own global “techno-hegemony,” perpetuate the exclusion of developing economies from the global digital economy, and institute a “double standard” when it comes to digital surveillance.

Through these international policy initiatives and cooperative agreements, the PRC is able to not only project its own “discourse power,” but also reject and undermine western and democratic influence abroad.

China’s Use of Regional Fora in the Digital Realm

One notable branch of the CCP’s efforts is its engagement with regional platforms to deploy narratives that resonate with local audiences and gain support for its own policy priorities. Beijing has released statements from its meetings with regional organizations like the Forum on China-Africa Cooperation, the Forum of China and the Community of Latin American and Caribbean States, and the China-Arab States Cooperation Forum, all of which have emphasized China’s anti-imperial solidarity with the developing world and its shared experience with colonial exploitation. In these fora, the PRC leverages this messaging, emphasizing that countries should be distrustful of a Western-centered internet, in which companies like Google and Meta may “colonize” their digital spaces to offer their own products.

For example, Chinese telecom company Huawei is funding, via Chinese state-backed loans, the construction of a $79-million data center in Senegal that will host government data and digital platforms. The project will allow the government to move away from hosting servers in the West to PRC-financed servers in Senegal. At the most recent meeting of the Forum on China-Africa Cooperation, Senegalese President Macky Sall praised the move as helping to ensure his country’s “digital sovereignty.”

The CCP also uses regional platforms to embed them in international organizations like the UN, with the ultimate aim of transforming the international order to support more PRC-friendly principles. China sees the Shanghai Cooperation Organization (SCO) as “crucial to the incubation and strengthening of [China’s] cyber sovereignty norm” for internet governance. The concept of cyber sovereignty is much more institutionalized among SCO countries than in the broader international community. As such, the SCO has begun to function as a disseminator of CCP governance concepts about government control over data.

These regional efforts have borne fruit internationally. In both 2011 and 2015, SCO member states jointly submitted a draft International Code of Conduct for Information Security at the United Nations General Assembly built on Beijing’s definitions of cyber sovereignty. China then cited these efforts as legitimating precedents when it submitted its own proposal for an International Cyberspace Cooperation Strategy to the UN Conference on Disarmament in 2017, and in policy and position papers on its cooperation with the United Nations in 2019 and 2021.

Ultimately, the PRC engages with regional institutions to better position itself to gain the discourse power it sees as essential for reshaping the international environment in a way that best facilitates the expression of Chinese power. These initiatives aim to promote norms and values that directly oppose the free, open, secure, and interoperable digital model that is in democracies’ interest. The CCP has laid the groundwork across diplomatic, security, economic, and information spaces in the Global South to communicate the benefits of its own values-based approach to tech governance.

By actively wielding its influence in international organizations, the PRC hopes to drive a wedge between democracies and the Global South while also championing its new, preferred norms of internet governance.

Democracies Must Communicate the Power of their Models

China’s attempts to gain discourse power in the digital realm ultimately will help it win allies and supporters in key regional and international fora. The approach of the world’s democracies to China’s moves, however, has been more piecemeal and reactive. Notably, Beijing is advancing much of this strategy through the very mechanisms democratic countries created to govern and shape a “free, open, secure, and interoperable” digital world.

If democracies want to stay competitive in the next era, their strategy must similarly communicate the appeal of a free, open, secure, interoperable, and democratic digital model to the developing world. One way to accomplish this objective is to invest in, improve capacity for, and use multistakeholder mechanisms to drive diplomatic coordination and action on issues related to internet freedom. For example, democracies can utilize the existing Freedom Online Coalition (FOC) as a platform for diplomatic engagement and coordination on promoting a democratically-aligned internet policy and responding to digital repression around the globe. Broadly speaking, however, any effort to counter these activities relies on the democratic world reinvigorating its engagement in multistakeholder processes, more clearly defining mutually reinforcing industrial, commercial, and geopolitical strategies, and doubling down on creating a more geographically inclusive and collaborative system.

The views expressed in this post represent the opinions and analysis of the author and do not necessarily reflect those of the National Endowment for Democracy or its staff. Image Credit: Yaorusheng/Getty Images.