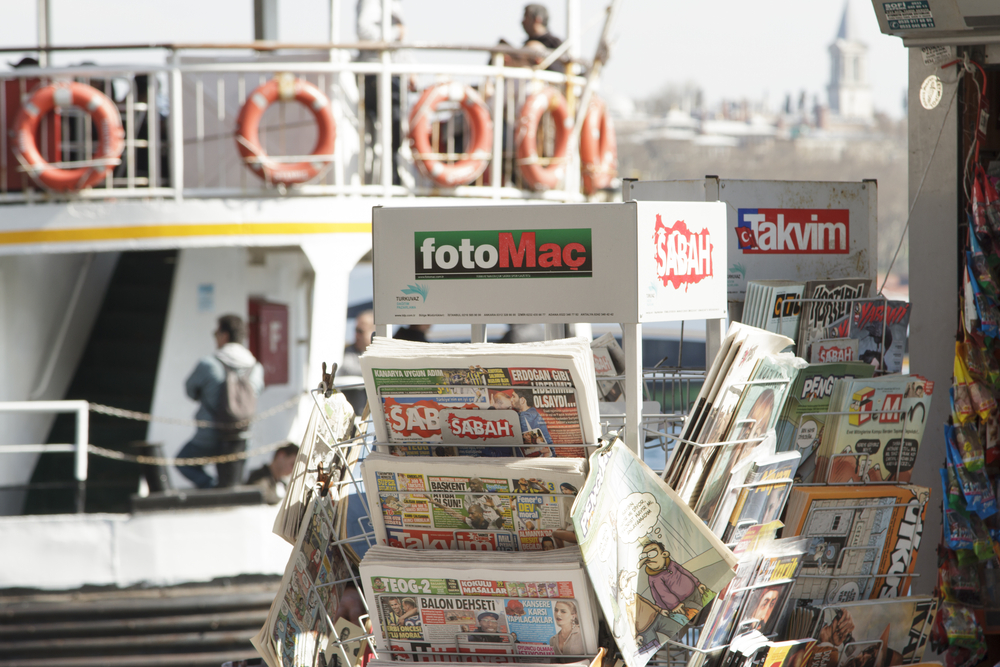 Is Turkey’s soft power on the wane? Ankara’s approach to projecting influence abroad is indeed changing significantly, particularly since the 2013 split between the governing Justice and Development Party (AKP) of President Recep Tayyip Erdoğan from the Gülen movement. The AKP government had previously relied on the Gülen movement as a soft power proxy abroad for more than a decade. A modernizing Islamic sect that supported the AKP in the first decade of the 21st century, the movement often filled the role of showing a softer face for the AKP in the years when talk of a “Turkish model” reconciling Islam and democracy was widespread. Thus, the split between party and movement has had major ramifications for Turkish soft power.

It is hard to evaluate the impact of these changes, in part because they are still under way. Some important elements of Turkey’s soft power agenda—development aid, TV show exports, and economic presence—remain broadly similar as before. But other aspects of its influence, such as international media and education, are changing very dramatically. A popular narrative is emerging that Turkey’s previous reliance on a dynamic economy, open trade and visa policies, and cultural and media exports has given way to a preference for harder forms of power.

In fact, Ankara has not given up on soft power, but is rather changing how it projects soft power, by centralizing its control; changing what it says through soft power tools to align more closely with preferences in Ankara; and changing who it targets with its media, i.e., its audience.

OUT WITH THE OLD, IN WITH THE NEW

During the AKP’s rise in the 2000’s, the key media outlet employed for the regime’s soft power goals was Today’s Zaman (TZ), the English language counterpart to the flagship Turkish-language media outlet of the Gülen movement, Zaman. TZ had low circulation but strong influence as a semi-official representative of the government’s views for Western elite audiences.

Its most successful innovation was to host columns promoting the AKP’s positions, as well as to feature regular columns by people favorably disposed towards the government from a “pro-Western” and (broadly speaking) “liberal” perspective. TZ was not a fully free media outlet, but it presented a somewhat pluralistic set of pro-government views in a way that was very effective among European and American elite audiences. It was also clearly only a proxy. Along with the rest of the Feza Gazetecilik group—the Gülen movement holding company that owned Zaman and TZ—the paper came under severe pressure after the AKP–Gülen breakup in 2013, and in March 2016 (before the coup attempt) the holding group was expropriated, its offices literally taken over by armed police.

Ankara has not given up on soft power, but is rather changing how it projects soft power, by centralizing its control; changing what it says through soft power tools to align more closely with preferences in Ankara; and changing who it targets with its media, i.e., its audience.

In the very early days of the split, in February 2014, the English-language Daily Sabah (DS) appeared as a replacement. TZ had long been provided gratis for state-owned Turkish Airlines flights and lounges, and after the split DS replaced it. Daily Sabah also has its own think tank, and hosts international conferences that bridge the state and non-state actors.

Despite being privately owned by the Turkuvaz Media Group, DS is understood to be under more direct control by the AKP. Turkuvaz was purchased in 2008 by Çalık Holding, a large holding company whose CEO until 2013 was Berat Albayrak, the president’s son-in-law and now the Energy Minister; Berat’s brother Serhat is the Turkuvaz General Manager. Following the purchase, the company’s flagship Turkish-language Sabah went in a period of years from being a “mainstream” Turkish newspaper to a consistently and enthusiastically pro-government one. In 2013, Turkuvaz was sold to Kalyon, another company closely tied to President Erdoğan, as part of a series of alleged quid pro quos with major holding companies in which the companies would guarantee the government favorable coverage in exchange for lucrative state contracts.

The collapse of the AKP–Gülen relationship also prompted innovation in TV with the creation of TRT World, a 24-hour English-language station broadcasting on satellite under the state broadcaster Turkish Radio and Television (TRT). TRT World began broadcasting full-time in mid-2015, in a period when the media crackdown in Turkey and disagreements with the US over Syria had damaged the government’s international image. The channel was created to broadcast a more positive image about the country and the government, but it has already experienced turbulent times. A number of Western journalists at the station hired to provide journalistic credibility resigned in 2017 after they felt the station downplayed the post-coup attempt crackdown. TRT World also has a “research center” very similar to Daily Sabah’s think tank unit.

IS THE NEW APPROACH MORE EFFECTIVE?

Although these initiatives more or less explicitly appeared to replace Today’s Zaman as the government’s voice explaining itself to Western elite audiences, they have notably failed to do so at a time when Turkey’s international relations with the West seem to grow worse every month.

The reason these outlets appear unable to do so is that they are not proxies, but simple mouthpieces for the government. The tone of the new outlets is hectoring and confrontational: “one-sided” in the sense that they do not seek to convince Western audiences, but rather to berate them. In this way they reflect the ideological winnowing of the AKP in recent years, from a big tent that could include various perspectives, to a small one in which pro-Western attitudes are regarded with suspicion, and public confrontation with the West is rewarded.

It is not improbable to suggest that the new Turkish media is learning from RT’s innovations by focusing less on Western elites and orienting towards mass audiences, including the non-Western public.

This raises the question of whether the audience for these soft power instruments is still the Western elite. Daily Sabah’s and TRT World’s offerings lack the sophistication of the Russian government’s international state media outlet RT, with only occasional, clumsy forays into American or European politics. But it is not improbable to suggest that the new Turkish media is learning from RT’s innovations by focusing less on Western elites and orienting towards mass audiences, including the non-Western public. DS has expanded its offerings beyond English, to German, Arabic, and Russian. TRT has an existing Arabic station as well as TRT Avaz, providing content for the Balkans, Caucasus, and Central Asia.

Such a shift does not necessarily mean the new outlets are succeeding in reaching new audiences. The reach of these different outlets is hard to determine—follower numbers on Twitter and Facebook are easily manipulated. And it is possible that the considerable resources going to Daily Sabah, TRT World, and other state-sponsored outlets are just engaged in an expensive act of preaching to the choir, feeding back to top Turkish policymakers the arguments they make among themselves without accounting for how non-Turkish audiences might perceive them.

However, given the successes of Russia and China in innovative and experimental approaches to soft power forms of influence—or “sharp power”—including through international state media, Western elites should be cautious about peremptorily dismissing the effectiveness of Turkey’s new approach out of hand. Instead, analysts should be sensitive to the possibility that Turkey’s new approach does not seek to persuade them anymore, and should try to understand if there are other audiences for whom the new approach does work. In addition, they should try to gauge to what degree the centralization visible in Turkey’s international media is also taking place in other key spheres of Turkey’s projection of influence aboard, like education, development aid, and economic development.

Nate Schenkkan is the Project Director for Nations in Transit, Freedom House’s annual survey of democratic governance from Central Europe to Eurasia. He is author of the Freedom House report, Democracy in Crisis: Corruption, Media and Power in Turkey. Follow him on Twitter @nateschenkkan.