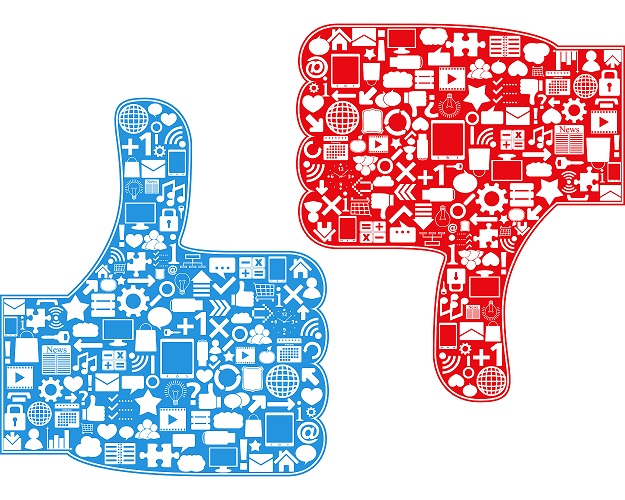 The beginning of the twenty-first century was dominated by overwhelming consensus that the internet was an autocrat’s nightmare. The Chinese Communist Party’s (CCP’s) internet censorship was oft-cited as an example of how badly autocrats feared the internet’s transformative potential as a space for civic organization. The role of social media in the Arab Uprisings seemed to further demonstrate this point. Protests against the increasingly authoritarian Turkish government were also aided by social media, and attempts to shut-off access in Turkey and Russia deepened the impression that autocrats must struggle mightily against social media to maintain power.

As current events demolish that consensus, the bad news seems to be that authoritarian regimes and illiberal movements can exploit the social media environment as adeptly as democratic ones, if not more so. But why?

First, social media is a powerful tool for shaping opinions, and dictators are never reluctant to use such tools. Citizens should not be misled by some dictators’ conservative image, nor by their criticism of the globalized world. Modern dictators are not old-school technophobes; rather, they are champions of technology. After all, early twentieth-century dictatorships employed the tools of modernity—industrial development, mass surveillance, hyper-efficient bureaucracy, and communication technology—with great (if not enduring) success.

Today’s authoritarians are similarly unafraid to embrace new tools. Dictators know social media’s advantages well and use them to cement their power by creating alternate realities, spying on their citizens, and mobilizing their supporters; abroad, they manipulate them to interfere in other countries’ political processes.

Modern dictators are not old-school technophobes; rather, they are champions of technology.

In September 2017, Russian President Vladimir Putin told a group of Russian schoolchildren that whoever becomes the leader in artificial intelligence will rule the world. While Russia’s extractive-resource reliant economy is not so innovative, the Russian intelligence services are. In early 2014, the Kremlin seized control of the biggest Russian social media platform, VKontakte, providing the regime further opportunities for surveillance and espionage against its own citizens. The Russian-owned search engine Yandex enjoys Kremlin support and, through cooperation with the Russian secret services, plays a role in targeting Ukraine with disinformation and cyberwarfare.

Even in China, where the regime maintains power without even the flimsiest of democratic facades, the CCP has warped social media into a tool of the state. Beijing’s networked authoritarianism applies sophisticated algorithms and hundreds of thousands of paid social media users to bolster the regime’s legitimacy and discourage any kind of collective action. Looking abroad, Beijing, like Moscow, considers information a crucial front in strategic planning and influence.

Social media does not change how citizens process information, it merely amplifies these tendencies.

Through social media, autocrats and populists also exploit widespread receptivity to disinformation and conspiracy theories. This results from three key factors. The first is partisanship: strong political opinions need constant confirmation and breed receptivity to fake news. The second is superficial information processing: people are hardwired to prefer simple, short, easy-to-digest messages to complex ones that require more attention to process. The third factor is social validation of information: as distrust in mainstream media rises, people find information more credible when it is shared by people they like. These factors are nothing new; social media does not change how citizens process information, it merely amplifies these tendencies.

Authoritarians’ skill at gaming these factors is one way they adeptly wield “Power 3.0”: social media has exposed vulnerabilities in the information space that dictatorships are more adept than democracies at exploiting. Around the world, authoritarians often use the rubric of “free speech” to justify and provide cover for the spread of disinformation. Yet their activities contribute to the emergence of postmodern dictatorships and regimes of post-truth, full of epistemological uncertainties, where facts do not matter and objective truth ceases to exist.

Authoritarians’ skill at gaming these factors is one way they adeptly wield “Power 3.0”: social media has exposed vulnerabilities in the information space that dictatorships are more adept than democracies at exploiting.

In this field, “pupils” with authoritarian tendencies are learning from powerful teachers. For example, Hungarian Prime Minister Viktor Orbán has almost monopolized the media, giving official status to conspiracy theories bred by his government and Russian interlopers.

While social media can be exploited to undermine democracy, it is unfair to blame the internet for every democratic deficiency. Technology provides tools without any inherent morality; it can be used for good or bad. These tools, as deployed at present, are ill-suited for building trust in democratic institutions. At the same time, they are tremendously useful for populists and autocrats seeking to degrade that trust. Although powerful, social media cannot trump personal social experiences. To repair trust between citizens and political institutions, democracies must explore new ways of using the full technological toolkit and invest in institutions and other civic spaces, physical and digital alike.

Peter Kreko is director of the Political Capital Institute in Budapest, Hungary. He is also an associate professor in the social psychology department at ELTE University. He was formerly a Fulbright visiting professor at Indiana University. Follow him on Twitter @peterkreko.